"The name Long Shadows honors the exceptional international winemakers who are visionary vintners and some of our industry's boldest leaders." — Allen Shoup, Founder 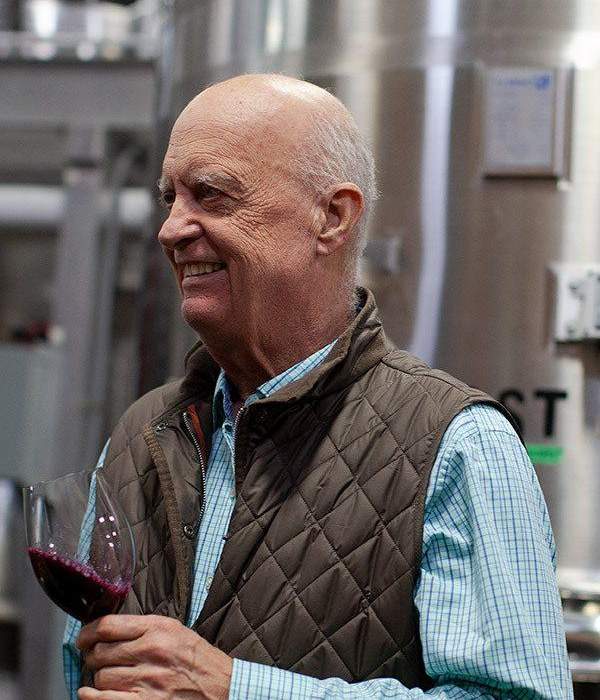 After 20 years building Chateau Ste. Michelle and its affiliate wineries into an international brand, Washington wine visionary Allen Shoup had a new vision: to create a group of ultra-premium wines, each with an exceptional international winemaker, working together to elevate Washington wine to true world-class status. The result is Long Shadows Vintners and some of Washington’s most acclaimed wines.

During Allen’s tenure as CEO of Chateau Ste. Michelle, he elevated Columbia Valley wines on the world stage, partnering with some of Europe’s winemaking legends to create wildly successful collaborations between the old world and new. Long Shadows is a continuation of this vision.

Allen knew the ambitious project would need a director of winemaking who was highly knowledgeable and flexible enough to help the collaborating winemakers realize their vision. Allen tapped Gilles Nicault for the job. Gilles—a French native—carried with him an impressive résumé, at the time working as winemaker for Woodward Canyon, one of Washington’s premier wineries.

In any company the quality of its products begins and ends with the employees who produce them. At Long Shadows, I've had the good fortune to be able to surround myself with highly dedicated, conscientious and talented people whose exacting efforts have led to the success of our award winning wines. I can't thank them enough for all that they do.

Recruiting winemakers from around the world, each to produce a single Columbia Valley wine representing a “best of type,” was only half of the plan. Allen knew each winemaker would come with their own winemaking techniques and requirements, so a world-class winery was designed and built, capable of making wine to each winemaker’s rigorous specifications. The results were almost immediate. Acclaim for the wines and for the project followed, and in 2007, just four short years from its inception, Food & Wine Magazine named Long Shadows “Winery of the Year.” Since then Long Shadows has continued to produce highly-sought-after and highly-acclaimed examples of the best Washington can produce.

Over the years, Gilles and Allen have experimented with small quantities of uniquely styled wines for their personal and family enjoyment. A few of these wines became too good not to share with their “extended family” and now are available with Long Shadows' other current releases. They include Dance Chardonnay, Cymbal Sauvignon Blanc, and Julia’s Dazzle Rosé, named after Allen’s granddaughter.

In 2005 Dane Narbaitz joined Long Shadows as director of sales and marketing. Coming from a successful career working with some of the wine industry’s biggest names, he was named president in January 2008. Dane’s addition to Long Shadows was more than a smart hire, it also represented a homecoming of sorts, as Dane is Allen’s stepson. Long Shadows continued to strengthen its family ties with the addition of Dane’s wife Sara, a marketing and communications veteran with a decade of experience working at Microsoft. She joined as director of communications in 2010. Shortly after graduation from college, Allen’s son Ryan Shoup was brought on as Woodinville tasting room manager. He is now director of retail sales and oversees the tasting room in Woodinville, as well as the Nine Hats Wines tasting room and adjoining restaurant, Nine Pies Pizzeria in Seattle’s SODO neighborhood.

The dedication Long Shadows has for the highest standards of winemaking, combined with a work culture that truly supports the growth and development of its employees, helps maintain the quality of the wines through the fostering of our collective passion.

The closeness that starts with the Shoup family extends throughout the rest of the team, and the camaraderie and familiarity present in the staff underscores everything. Although Long Shadows produces a wide array of wines, the team remains tightly-knit, consisting of a small group of skilled and dedicated employees. Most have been with the winery for years, and share life’s challenges and triumphs together. This kind of community can't be bought, and along with being a key winemaking advantage is an immense source of company pride.

Continuing to push the envelope

Long Shadows remains at the forefront of the industry, utilizing cutting-edge winemaking equipment and techniques to further explore the limits of Washington’s unique terroir. With each limited-production release, striving towards Allen’s original vision of establishing Washington State as one of the world’s premier wine regions.

Make Us Part of Your History

We love hearing from our customers how Long Shadows wines have made special occasions more memorable. Shop today and start creating your lasting memories.
Shop Our Wines